The Fault in Our Stars by John Green, first made its appearance in my Twitter feed 3 weeks before the film release. 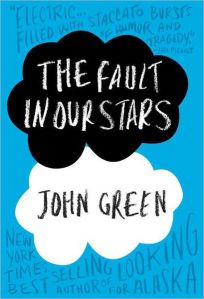 I will be honest, many of the people I follow on Twitter use #firstworldproblems on a weekly basis and were obsessed over the release of Orange is the New Black season 2 as soon as season 1 ended… so their cultural exposure to this trendy novel should not surprise anyone.

Good, bad, or indifferent, I caught the TFIOS bug via the social media buzz.  I needed to know why everyone said I was going to cry and I needed to know if this film was just 2014’s romantic version of Jodi Picoult’s My Sister’s Keeper.

(For the record, My Sister’s Keeper the movie sucked in comparison to the book.)

I’m not sure if it was Augustus Water’s dimples or his poetic name, but let me reassure you the genuine love (as genuine as Hollywood fictional love can be) in this movie was captivating and heartbreaking.

And it reminded of you mortality and the cycle of life and how unfair it all is.

How annoying it is that 18 year peg legged virgins that look like Augustus Waters don’t exist.. 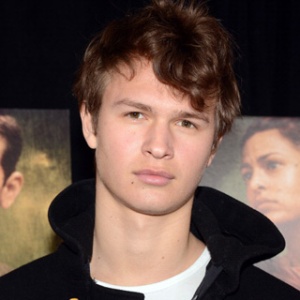 And on a more serious note, how awful cancer is.

This film reminded the viewer about what a life ruiner this tragic disease is, because regardless of the physical part of one’s body where it develops, the heart always feels the pain the most.

At my internship for Niagara Frontier Publications, I am currently writing a lifestyle piece on two cancer survivors, a mother and son. It is by far the most difficult editorial piece I have yet to write.

As much as I enjoyed watching The Fault in Our Stars at the drive in, the timing made the viewing a little painful.

I believe that the connection to cancer, is what makes the film a little painful for everyone… but the fact that if one looks past the metastasizing cells and hair loss there is an enduring love present, it gives us all hope.

I would review this film more in depth, but I’m sure I would spoil it.

My advice: go see The Fault In Our Stars, and if you hate it:

A) You are not human.

C) You probably don’t like chocolate either. You’re just one of those people.

In the words of the late and great @JackieOProblems, Jackie Oshry: